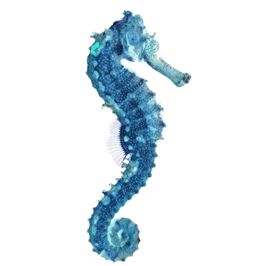 Peter completed an undergraduate degree program with Honors at The University of Queensland. Prior to graduation he joined the Royal Australian Air Force as a Dental Officer, serving 10 years in various bases around Australia.

He later returned to The University of Queensland to undertake a further Masters level degree program in the field of Periodontology (study of gum disease). Peter is a fully qualified Specialist Periodontist but practises all aspects of general dentistry with a focus on the linkages between dental disease and general health conditions. Peter provides all treatments with a very gentle touch and through experience has developed high emotional intelligence.

Peter established Top Gums Dental in 1996, since re-branded as Aqua Dental Australia. In 2022, Peter was commissioned as a Kentucky Colonel and Aide-de-Camp to the Governor of Kentucky for his work in and for people in the community. There are but 50 Kentucky Colonels in Australia. Peter also assists the post-graduate candidates at Griffith University along their often difficult pathway to become fellow Periodontists.

In his spare time, Peter maintains fitness by cycling, boxing and high intensity interval training at the gym.

Peter is also a fully trained and qualified Group Fitness Instructor and Les Mills Instructor (trained to Advanced Level) in two separate programs of Les Mills Sprint and Les Mills RPM. He loves pushing himself to the absolute limits and getting out of his comfort zone. He can be found memorizing workout plans and choreography notes at lunchtime prior to classes.

Moira graduated from the University of Queensland with Honors. She practised initially for Queensland Health with postings to the School Dental Service in Mount Isa and followed by the adult clinic in Townsville.

Moira has been in private practice on the Gold Coast since 1993 and in practice with her husband Peter Barry since 2001.

Moira regularly attends continuing education courses to keep up to date with all the latest developments in dentistry.

Moira prides herself on gentle and caring treatment for all age groups. Through experience, she also has developed high emotional intelligence.

In her spare time, Moira enjoys cycling, swimming and going to gym classes as well as spending time with her family.

The practice is complimented by highly trained dental assistants. Their sole focus is to make each and every patient feel relaxed and comfortable in our dental office.